“Thank you for partnering with us on our corporate nationwide food drive campaign. (1500 pounds of food collected.) Thank you for all the work you do in our community.”

“The food pantry saved my life. My mother used to come into the pantry, years ago. My father had died a while back. She’d been very low for a long time. Once she began to go to the pantry her entire attitude was lifted. Her smile came back. She talked about the care and the people at the pantry. They made her feel like family.

… I hit a rough patch in my own life, and was assigned community service. I asked to be assigned to Family Network. That was 8 years ago. After completing my assigned hours, I became a volunteer. We are like family, and I like to be part of something good.” – Joel, a Family Network of Wyoming volunteer

“The gluten free diet is very expensive. You have made it possible for me to eat healthy and to stay on budget. Thank you!”

“It is with grateful hearts we write to express our sincere gratitude for what you’ve done to help give my son more mobility and a better night’s sleep. At this point quality of life means so much. The power chair has greatly improved Chip’s ability to interact with the rest of the family. God’s blessings to you all.” – Trent & Glenda, Family Network of Wyoming clients

“We thank every one and all the volunteers at Family Network for all you have done for us. Everything has been greatly appreciated.”

“My daughter-in-law, Mae, was diagnosed with Lyme disease about one year ago. She had been sick for a long time before that, but had no answers as to what was wrong. Last year they began treatment for Lyme disease, but instead of getting better she became worse and it progressed quickly. She began to have seizures and in a matter of days had lost all ability to walk and feel from her waist down. We felt we were slowly watching her die. The doctors here did not seem to understand what was happening, so we took her to a new doctor in Idaho where she began to slowly improve.

We received a wheelchair for Mae, but it was very hard for her to wheel herself around as it took so much energy that she didn’t have. A friend of mine contacted FNW about getting a power chair for Mae. He set her up with a chair and it has been a huge blessing! My son and her can now go on walks and be side by side.

Before this disease took over her life, I had no idea what it is like to live in a world where so much is missed by people with disabilities. This has made her life better.” – Deb, a Family Network of Wyoming client

“Thank you so much for everything. God has blessed me by bringing you all into my life.” 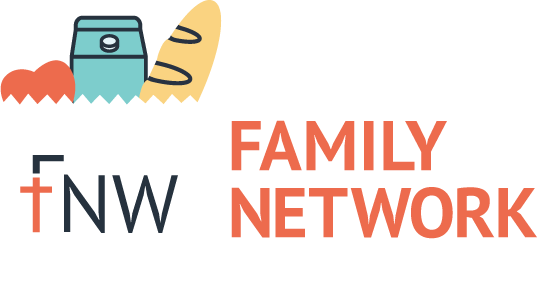